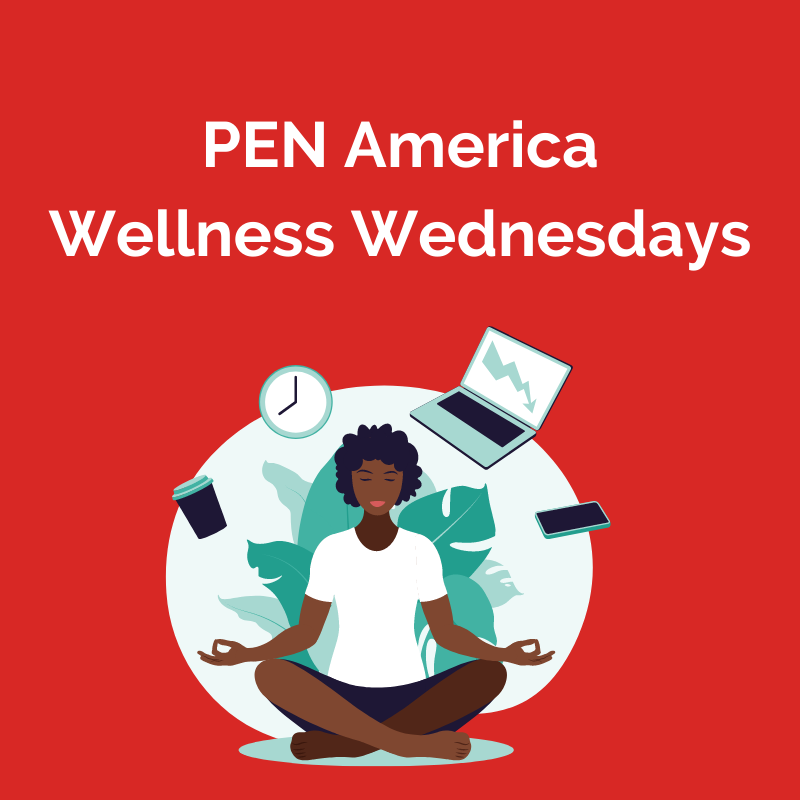 PEN AMERICA sessions are for about 10-20 participants, employees, and college interns. A mix of races and gender identities who are very sensitive to the needs of others.

This program is facilitated by Hegulka Scheiman an instructor with Ivy Child International.

PEN America stands at the intersection of literature and human rights to protect free expression in the United States and worldwide. We champion the freedom to write, recognizing the power of the word to transform the world. Our mission is to unite writers and their allies to celebrate creative expression and defend the liberties that make it possible.

Founded in 1922, PEN America is the largest of the more than 100 centers worldwide that make up the PEN International network. PEN America works to ensure that people everywhere have the freedom to create literature, to convey information and ideas, to express their views, and to access the views, ideas, and literatures of others. Our strength is our Membership—a nationwide community of more than 7,500 novelists, journalists, nonfiction writers, editors, poets, essayists, playwrights, publishers, translators, agents, and other writing professionals, as well as devoted readers and supporters who join with them to carry out PEN America’s mission. Learn More

Learn About Eligibility & For What the Funds Can Be Used

Who is Eligible to Apply for the Yoga Alliance Foundation Emergency Relief Fund?

Proof of yoga teaching, residency, income eligibility, and proof of loss or reduction of income due to COVID-19 (coronavirus) must be provided.

Immigration status will not be considered in determining eligibility (i.e. undocumented residents are eligible).

For What Can the Emergency Relief Funds be Used?

The funds will be allocated for expenses that qualify as basic needs: rent or mortgage and utilities such as food andelectricity. The Fund will also be available to assist with other needs as detailed below.

Approved applicants will receive a minimum of $150 USD and maximum $1750 USD.

Note: The Emergency Relief Fund is not for overdue rent payments, overdue mortgage payments, or overdue utility payments owed prior to the loss or reduction of income due to COVID-19 (Coronavirus).

All applicants will be asked to provide a photo I.D.  to prove identity.

How Do I Provide Proof of Residency, Proof of Income Eligibility, and Proof of Loss / Reduction of Income Due to COVID-19?
Proof of residency must be demonstrated with one of the following documents:

Proof of income eligibility must be demonstrated in one of the following ways:

The application does not require government identification numbers, so please delete them or cross them out prior to submitting.

Proof of loss or reduction of income due to COVID-19 must be demonstrated in one of the following ways:

I continue to teach two weekly yoga classes online on a volunteer basis at no cost. Though this circumstance is not ideal, I am grateful to have this outlet to teach so that I can still connect with others and to not allow my teaching skills to get rusty.

Deepening my practice with consistency and openness for knowledge and new experiences has helped me feel grounded and my heart at ease during these uncertain times.